The child is the mandate of the Grace Of God Almighty, and inside there is something that is attached as the dignity and status as a whole person. Along with the time on it right now is the mindset of society as it advances and growing, such as the parents who are unable to finance the future of the child and that’s why the purpose of adoption the child is not only to get the child but also for the welfare of children. And in Indonesia allow the implementation of the adoption by single parents, a woman or a man who is not married and who have been married but no longer bound in wedlock (widow or widower). Adoption of the child by single parents can only be done by the Citizens Of Indonesia after obtaining permission from ministers and the granting of permission can be ordered to agencies in the province. Adoption by single parents same thing with the adoption of children by parents in general. Adoption does not cause the relationship between children with real parents to be disconected, because most of the child who is in was from the family. Adoption of the child must be listed in a birth certificate, by not eliminate the identity of the beginning. Foster child are entitled to receive heir from the foster parents and also have the right heir from the real parents. 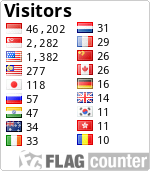 This Journal is Published by: