The freedom of religion guaranteed by the State can lead to the possibility of a person converting or changing religions from one religion to another. According to Balinese traditional inheritance law, changing religions can affect a child as an heir. Based on this background, this research was conducted with the aims of describing the position of a child as heir who changed religion from Hinduism and outlining the legal consequences for a child as the heir who converted and then returned to Hinduism. The research method used was a normative research method with a statutory approach that used primary, secondary, and tertiary legal materials which were supported by the results of interviews and then analyzed. The results showed that the rank of children as heirs who converted from Hinduism legally no longer had rights and obligations towards their parents, relatives and society. Meanwhile, the legal consequence for children as heirs who change religions is the loss of the child's rights because they are unable to carry all the obligations that will be passed on by their parents and are considered disobedient to their parents and ancestors. However, with the return of the child to Hinduism, all rights and obligations that were previously abandoned can be accepted back with certain conditions agreed upon by the family concerned. 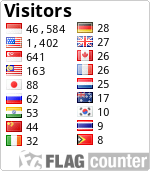