Marriage for the second time can be carried out by the parties who have been married if there is legal certainty regarding the previous marital status. The incident in Pohsanten Village was that the separation of the marriage was carried out in the presence of the traditional Prajuru only. This research was conducted with the aim of describing the validity of the marriage which is carried out by married couples who have not legally divorced and how to resolve marriages in which one of the parties has not legally divorced. The research method used was an empirical legal research method with a sociology of law approach. The results of this study found that the legality of the marriage was actually not legal, but the results obtained in the Pohsanten Village stated that the marriage was legal because the woman covered her original status which was still valid with her first husband. In the settlement of the divorce case, Bendesa Adat carried out mediation which aims to find a solution. Because the husband is still working abroad, the divorce has only just been completed at the village level by making a divorce statement. 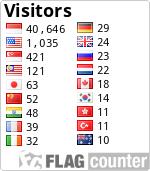